Why imagination is more important than knowledge 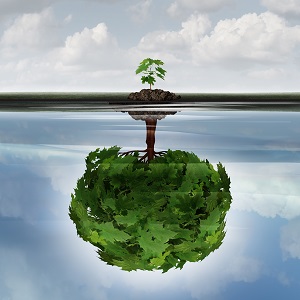 The thought seduced me immediately.

But I didn't really believe it.

As someone with documented daydreaming going back to Miss Joblin's 1958 kindergarten class (her report card note to my parents said "I think Richard's lack in co-operation is due mainly to lack of attention. His little mind seems completely occupied with his own thoughts ..." ), I found Einstein's assertion that "imagination is more important than knowledge" enchanting and a little uplifting the first time I read it.

I wanted to accept his genius on this point. But for most of my life, it seemed that knowledge, whether around the mysteries of time and space or time recording and office space, mattered most. My favoured American writer H.L. Mencken even suggests that imagination is the bane of humanity, leading us down blind alley ways and in circles.

I started to consider the merit of Einstein's statement anew, more than a decade ago, over coffee with the former federal government scientist turned rock musician Paul Hoffert. Hoffert, a physicist, quit his job at the National Research Council (NRC) in 1969 to help found Lighthouse, one of the most successful Canadian rock bands ever and an icon of music innovation. Hoffert later amplified this success with an award-winning solo career in jazz, classical, and electronic music as well as work as a university researcher and pioneer in information technology. He has credibility when musing on the nature of creativity, the subject of our conversation that day in the NRC cafeteria. I listened.

"A vivid imagination frees you from the bounds of deductive reasoning," he liked to say. "The truly creative and innovative are not stymied by an unclear path or lack of knowledge, they imagine the goal, what they want to achieve, and then build the path to it."

His view of imagination as the instrument that drives and shapes innovation was not inconsistent with what others were saying about the creative process in workshops, symposia, and conferences that my colleagues and I were staging at the time. In different ways and words, most participants described it as the function of three forces:

Knowledge and technical skill are the tools that turn an idea into reality, and emotional strength earns mention because many great achievers endure discouragement and disparagement on the route to creative success.

Though Hoffert's comments dovetailed easily with this view, they also seemed a little mechanical to me: more about the machinery of creativity and innovation, a subset rather than the whole. Setting a goal and building a path up to the summit. Not the ardor needed to climb it.

Consequently, I didn't fully embrace the concept - imagination as the most important thing - until I associated it, slowly over time, with advocacy for imagination in other quarters. Imagining is the chosen tool of motivational gurus, psychoanalysts, and other emotional health practitioners, and most of us easily accept that visualizing a tranquil setting can calm and imagining a worst case can disturb.

This exercise, combined with the rock-musician scientist's advice, implied that a robust and managed imagination could be - that more important thing - as the kingpin in that creativity triumvirate whether resident in an individual or a collaboration.

With this lens and bias, one can easily find supporting and informing references.

Over a half century ago, Northrup Frye, our celebrated literary critic, touched many Canadians with his CBC Massey Lectures and book The Educated Imagination, an eloquent and sometimes funny argument for the merits of studying and enjoying great literature. Frye noted that we live much, if not the preponderance of our lives, in the imaginary world, projecting the future, reflecting on the past, and trying to deduce the true nature of the present. Given this, it makes sense to cultivate one's imaging capacities by studying great works of art.

In Frye's mind, of course, the dominant great works were words on the page and the thoughts and metaphors they invoke. But one can also imagine sounds, smells, and, powerfully, visual images.

Such thoughts undoubtedly swirl around those in science who champion the visual arts and the empowering creative force of interactions between the scientific and artistic worlds.

The former National Science Advisor to the Prime Minister, science administrator, educator, and researcher, Arthur Carty, has often spoken for greater investments in arts education and an appreciation for visual arts as a vehicle to rouse the creative process in science.

"As a scientist, I want my imagination rekindled - I want to be shown how to look at things in new ways," he once told an Ottawa audience. "The arts...have a way of opening the mind - they stimulate the synapses and make one more receptive to creativity."

Canadian Nobel Laureate Gerhard Herzberg, the embodiment of knowledge and technical skill if there ever was one, elaborated on this point and gave his own spin to the Einstein imagination comment in a 1974 speech "Remarks on the Boundaries of Knowledge" for the Royal Society of Canada. He argued that those boundaries could be transgressed through strong links between the arts, humanities, and natural scientists and, again, promoting arts education as an ingredient in making a whole scientist.

I came to regard comments like this as having flowed from the same thoughts that underpinned Einstein's assertion about imagination and knowledge. Knowledge and skill are essential, but an educated and directed imagination whether described by an oil painting or an engineer's plan can mobilize them with spirit and energy.

It therefore stands that if you can link your intellectual ambitions to emotional motivation, you yoke a powerful duo, and it seems that the instrument that links the two can be a visual image that is technically vivid and emotionally touching.

In studying successful people in innovation and creativity, it seemed to me that those who enjoyed the benefit of both forces in their work were involved in projects that lent themselves to easy association with motivating imagery. The Canadian engineer and inventor George Klein, whose forty-year portfolio included an estimated 1,500 innovations in fields ranging from aviation and nuclear engineering to space and medicine, cited his work on the electric wheelchair as the most rewarding and inspirational during the execution. The project featured the direct involvement of the patients and the wheelchair bound veterans.

It is easy to guess what Klein imagined throughout.

His mind associated technical design hurdles of drive motors, gears, and controls with imaginings of young soldiers regaining mobility and their lives. Klein and his innovation genius has been celebrated by many, but most persistently by the field of industrial design, a wonderful confluence of art, engineering, and human sensibilities.

I thought about the electric wheelchair project and others like it a couple of years ago when asked to speak to the IEEE Engineering in Medicine and Biology Society (EMBS) International Student Conference. Hosted that year by Carleton University in Ottawa, the undergrad organizers and audience focused on the interface of medicine and technology, to my mind a very creative and rewarding field. In my draft remarks, I began with an ingratiating comment aimed at my young audience "If I could be hurled back in time to undergraduate days, I would want someone to whisper in my ear and prod me into the field of biomedical engineering," my prepared notes said. "I can't imagine a more rewarding arena to work and live in."

But as I sat waiting to be called up to the podium, I read the program for the Conference, noted the conference theme ("expanding the boundaries of biomedical engineering and health care"), and recalled Dr. Herzberg's words and took a pen and drew a line across that opening paragraph.

I realized that what I proposed to say was not a precisely truthful statement.

Instead, I said "if I could be hurled back in time to undergraduate days, I would want someone to whisper in my ear and tell me of the power of imagination in the literal sense, to tell me to develop and apply my ability to visualize things I wanted to do and to link them to things that evoked the emotions I wanted to feel in the process."

As I said those words, I felt pretty comfortable. The kind of comfort and confidence that comes from speaking a sincere belief. This realization developed over a number of years, but I think of that Student Conference as a touchstone when I try to remind myself of the creative power of the imagination and when I think of Albert Einstein's assertion.

I thus believe we touch Einstein's cloak and heed the advice of great Canadians like Carty, Frye, Herzberg, and Hoffert when we engage our ability to visualize in this way.

It may be just my imagination, but I have applied this concept many times and really think it works.

Like the time I daydreamed about writing a blog on why imagination is more important than knowledge. I imagined it plotted out in a semi-coherent, story-like collection of accumulated knowledge linked to the emotionally gratifying image of it being read to the end by someone like you.

There are lots of links on the web, tools, and teachers to help you bolster that capacity to imagine and visualize and on the importance of the imagination.