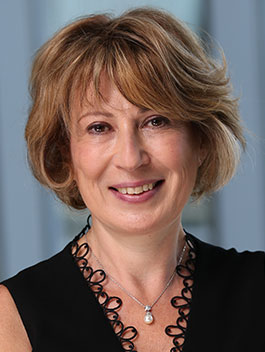 Dr. Mona Nemer was first appointed Canada’s Chief Science Advisor in 2017, reappointed in 2020, and again in 2022. Prior to this role, Dr. Nemer was Professor and Vice-President of Research at the University of Ottawa and Director of the school’s Molecular Genetics and Cardiac Regeneration Laboratory.

A leader in the field of molecular cardiology, her work has contributed to the development of diagnostic tests for heart failure and the genetics of cardiac birth defects. She is the author of over 200 academic publications that have appeared in prestigious scientific journals and has trained over 100 students from various countries.

Dr. Nemer has served on various national and international advisory committees and boards, including as an Executive Committee Member of the COVID-19 Immunity Task Force as well as an ex-officio member of the COVID-19 Vaccine Task Force and the Industry Strategy Council. During her mandate, she has helped to expand and diversify science advice to government by establishing a multidisciplinary network of federal science advisors, founding a pan-Canadian youth council to provide evidence-based input on scientific issues affecting young people, and helping to create the Interdepartmental Indigenous STEM Cluster (I-STEM) to inform and advance Indigenous aspirations and innovation in natural science stewardship. Dr. Nemer has also promoted free, open, and responsible use of science in government through the creation of a model policy on scientific integrity and a roadmap for open science to guide efforts in making federal research available to Canadians. She has provided science advice on numerous issues ranging from research infrastructure to the COVID-19 pandemic.