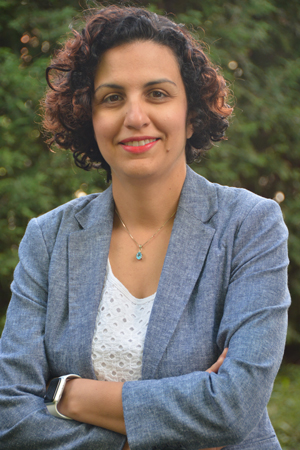 As a child, Dr. Neda Nasheri felt drawn to making a positive impact on the lives of others. However, the odds were stacked against her.

Despite the fact that her educational pursuits were encouraged by her family, the political situation in her country, her gender and her religion meant that she was denied higher education. Not one to back down from adversity, Dr. Nasheri found a way to achieve her undergraduate degree at a specialized private university, which led her to an academic career in sciences and, ultimately, to her work at Health Canada.

At Health Canada, she is head of the Food Virology Reference/Research Laboratory in the Food Directorate’s Bureau of Microbial Hazards. In her lab, scientists examine the transmission and inactivation of foodborne viruses. They focus on the characteristics of viruses transmitted through food (such as hepatitis A, hepatitis E and the norovirus), and how they become inactive. Currently, her lab’s focus is to study the effects of SARS-CoV-2 on food. [You can learn more here: Food safety during the COVID-19 pandemic]

While Dr. Nasheri has built a career that she loves, the path to her current career wasn’t a smooth one. That’s why she is determined to help pave the way for others. As the mother of two daughters, she wants to inspire them to achieve their very best. While some prejudices against female scientists existed when she began her scientific career, many of the walls for female scientists are coming down brick by brick. Science can be an exciting pursuit for anyone interested in making a difference in the lives of others. And what are Dr. Nasheri’s words of encouragement to girls interested in scientific pursuits? “You can do it. Nothing is impossible. Never give up!”

Through her job, where scientific experiments don’t always work out, she has learned the importance of patience and to appreciate the journey rather than the outcome. She has learned that failing is ok and that perseverance is most important.

Dr. Nasheri believes that she has the best job in the world. It’s exciting, interesting and she gets to learn something new everyday. The best part of her job, she says, is that she gets to make positive contributions to the world she lives in.

Her team members in the lab are all talented, hard-working and intelligent women. She says that they are “the real heroes behind the scenes.” She feels privileged to be able to work with them, helping to ensure the safety of our food.