Footprints in the Snow: Mobilizing north to stop tuberculosis

Tuberculosis (TB) is a preventable and curable disease, and is not easily spread from person to person. While Canada has some of the lowest rates of TB in the world, this disease disproportionately affects Indigenous Peoples, particularly the Inuit population in Nunavut. The Government of Canada is enhancing efforts to prevent and control active TB in communities most at risk. 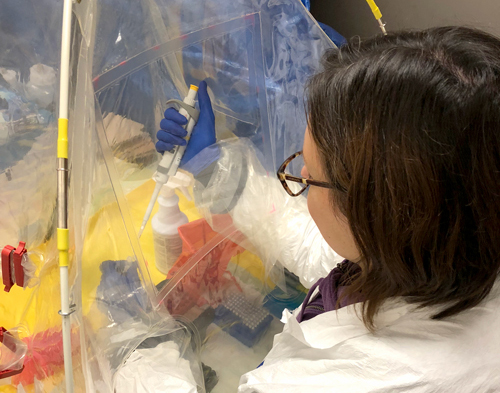 Scientist diagnosing TB in mobile clinics set up in Nunavut.

The Government of Canada is partnering with Indigenous communities, provinces and territories, municipalities, and other experts to reduce TB rates among vulnerable populations. This includes working alongside the Government of Nunavut at community-wide TB prevention screening clinics in northern communities.

The Public Health Agency of Canada (PHAC) has sent lab experts and equipment from the National Microbiology Laboratory (NML) to three communities so far in Nunavut to undertake TB testing for the families there.

The NML’s role is to provide rapid on-site diagnostics using state-of-the-art lab equipment. These diagnostics produce results in only a few hours, meaning that patients with active and latent (sleeping) TB can be identified and treated appropriately in their own community.

NML Scientists and their Deployment in the North

As a senior scientist researching TB at the NML, PHAC’s Kym Antonation was one of the initial responders to set up the first diagnostic lab in Nunavut.

“The mobile lab deployments are going well, but there were a few challenges when we first set up the lab,” Antonation says. “The very short time frame for preparation and mobilization, small planes, heavy equipment and freezing temperatures were some of the hurdles we faced.”

“It was also a very different experience,” said Daniel Kein, another PHAC scientist who has worked in all three communities. “We went from mainly working with TB bacteria at the NML to working with patient samples in a makeshift lab space adjacent to a full medical clinic.” 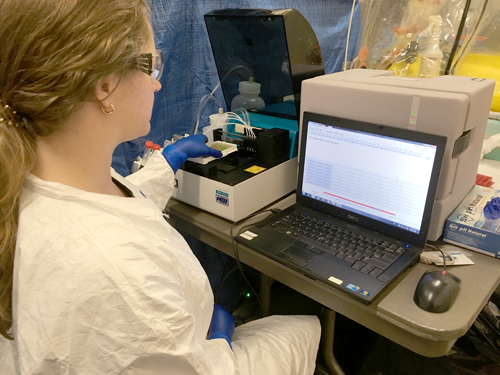 "It has been very rewarding working directly with Government of Nunavut nurses and staff at the TB clinics,” said PHAC scientist, Catherine Yoshida. “Everyone is there because they are dedicated and passionate about helping others and improving public health and access to health care.”

“And it was also a deeply rewarding experience to have the opportunity to collaborate with doctors, nurses, and epidemiologists all under the same roof and work together to make a difference and help the people of Nunavut,” added Kein.

“Most importantly, these clinics are an important example of bringing services to the community instead of asking people to leave their homes for testing and treatment,” Antonation concluded.