Getting Away from the Point: Dried Blood Spot testing for blood borne diseases

When was the last time you were tested for sexually transmitted and blood borne infections (STBBIs) such as HIV or Hepatitis C? If you live near a facility that provides screening and you have not been tested recently, it might be time to get checked.

The test has typically required a trained medical professional to draw blood with a needle – a process called venipuncture. The sample would then be sent to a lab for analysis and diagnosis.

This may seem simple enough, but not all Canadians are comfortable with having blood drawn, or have easy access to STBBI screening facilities. Historically, Canadians living in remote and underserved areas have faced challenges getting access to testing – until now.

In 2018, the Government of Canada announced an investment of $9.4 million dollars over five years to establish the Innovative Diagnostics Program (IDP) at the Public Health Agency of Canada’s National Microbiology Laboratory (NML). This initiative is deploying diagnostic testing at the community level, especially in northern and rural communities. It will help address the testing gaps in underserved communities where laboratory testing is difficult to access.

Stéphanie Lavoie, a scientist at NML, and her team are working on a game-changing form of diagnostic testing known as Dried Blood Spot (DBS) testing. This is a new procedure in Canada in which anyone with the proper training can collect a usable sample of blood that can subsequently be submitted for testing of STBBIs. 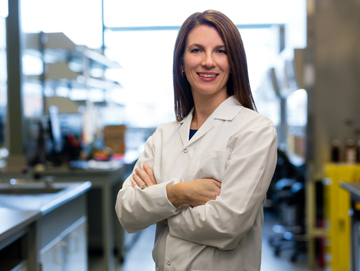 “We saw an influx in STBBI cases around the country and had to ask ourselves ‘what is preventing people from getting tested regularly?” said Stéphanie Lavoie. “We find individuals who are hesitant about getting their blood drawn or who want anonymity in testing. Even then, we found that the testing options available simply did not reach enough people. We are trying to make it easier to access blood testing and DBS is helping us do that.”

A Dried Blood Spot test is done by pricking a finger and placing it on a special filter paper. The blood dries on the paper and the sample is shipped to the NML for diagnosis. The collection is fairly simple and does not require a medical professional trained in venipuncture. It can even be done anonymously to make it easier for people who are hesitant to get tested.

“The use of our lab-in-a-box toolkits are a community-led initiative to provide much-needed local access to Hepatitis C and HIV testing for First Nations and rural communities,” said Stephanie Lavoie. “Another benefit of this type of testing is that samples are easier to transport with a lower risk of spoiling.” 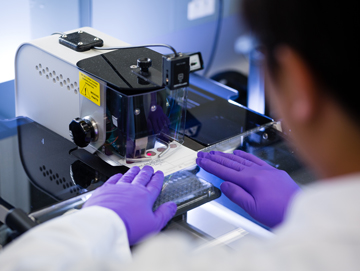 The Future of Diagnostics

The goal of Dried Blood Spot testing is to make more Canadians aware of their health, and ultimately, reduce rates of Hepatitis C and HIV by increasing accessibility and reducing the stigma surrounding testing.

The NML will continue to rollout DBS in remote communities and provide localized training that will give communities, who do not have access to traditional venipuncture testing, the skills they need to test for blood-borne infectious diseases. This will hopefully lead to decreased transmission of these diseases and a healthier population in Canada.