The Science behind the Measles Vaccine: Get the facts

Measles is a serious and highly contagious childhood disease. Measles causes high fevers, coughing, sneezing and a red blotchy rash that develops on the face and spreads down the body. It can also lead to serious, permanent complications like blindness, deafness, and severe respiratory infections. The majority (90%) of unvaccinated people exposed to the virus will become infected.

Early detection is crucial to reducing the spread of measles. Scientists from the Public Health Agency of Canada’s National Microbiology Lab (NML) have been working to improve the specificity and accuracy of measles diagnostic tests to prepare for outbreaks that may happen in Canada.

Before we delve into the work these scientists are doing, it is important to understand more about measles and the vaccine that protects you from the disease.

How the Measles Vaccine Works 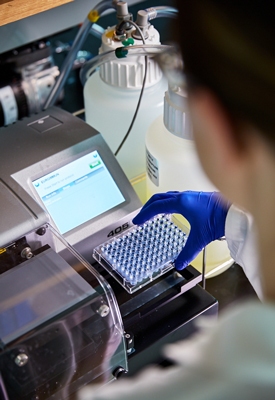 Medical professionals like Dr. Guillaume Poliquin, Senior Medical Advisor to the NML and a pediatric infectious disease doctor, encourage patients to get vaccinated.

“The measles vaccine is safe and effective,” explains Dr. Poliquin. “Unlike the severe symptoms of a natural measles infection, the weakened germs in the vaccine may rarely result in a few spots on the skin or a mild to moderate fever. These mild symptoms are not dangerous and can actually demonstrate that the vaccine is working effectively to build immunity.”

Dr. Poliquin stresses that mild reactions to the vaccine, including a mild rash that can be experienced by a very small percentage of people are minor in comparison to the very serious and permanent complications that measles can cause.

During an outbreak, public health officials conduct enhanced surveillance and investigate any rash they encounter as a possible case of measles. This proves challenging during an outbreak as a very small percentage of recently vaccinated people may develop a mild rash as a reaction to the vaccine. If someone develops this mild vaccine rash, the old tests used would have falsely considered this as an actual case of measles, when it is not. This “false positive” used to occur because of the measles antigens found in the vaccine. Previously, additional testing would have been required, with a week turnaround time to confirm test results showing that they did not have an actual infection of measles. 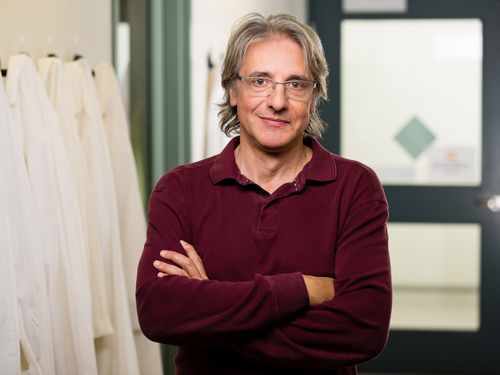 In 2015, NML scientists saw a need for more specific and accurate tests to diagnose true measles cases quickly during an outbreak. Dr. Alberto Severini, Chief of Viral Exanthemata, led a team of scientists who conducted laboratory research using clinical samples to improve measles diagnostic testing. They created a new testing approach in 2017 that can differentiate between the measles antigen from the vaccine and true natural measles cases.

The new testing approach enables health professionals to turn around test results in as little as 1-2 days, a significant improvement from the old test. This is especially important during an outbreak when time is of the essence.

“We determined that there was a public health need for rapid measles testing that was more specific and accurate compared to the old method,” explained Dr. Severini. “We came up with a new testing approach using clinical samples in the lab that will help public health professionals diagnose measles quickly during an outbreak. This information is really important to help stop an outbreak from spreading as it helps public health professionals isolate measles cases and conduct contact tracing as quickly as possible.”

To learn more about vaccines and immunization, visit Canada.ca.