December is Arctic Science Month! Find out about Canada’s Arctic through the eyes of Government of Canada scientists studying oceans and seacoasts, changing landscapes and alternative energy solutions. Arctic Science Month celebrates the vital research of Canada’s scientists and researchers working in northern regions and with local communities across the country. Don’t miss out — be a part of the conversation on Twitter, Facebook and Instagram by following the hashtag #ArcticScience. 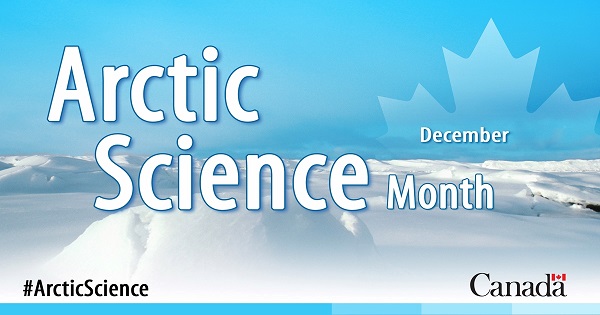 Read a selection of stories on Defence Research and Development Canada scientists and researchers working in support of Canadian Armed Forces operational capabilities in the Arctic.

Government researchers have travelled to Canada’s High Arctic each year since 1959 to measure glacier activity. And since the early 1990s, they’ve also monitored the weather stations that have been installed on the ice. But that all changed in 2020, when travel plans were abruptly cancelled due to COVID-19.

"Climate change impacts many different facets of our health, from the air we breathe to the water we drink to the food we eat," says Dr. Sherilee Harper, an associate professor and climate change researcher at the University of Alberta.

The global problem of mercury in the Arctic

Dr. Ashu Dastoor, a research scientist at Environment and Climate Change Canada, explains how computer models together with observations from fieldwork have helped to identify the sources of airborne mercury found in the Arctic.

Glaciers the world over are melting and disappearing. In Western Canada, they’re thinning and retreating at dramatic and ever-increasing rates.

Using DNA to track invasive species in the Arctic

As the Arctic continues to warm due to climate change, invasive plants and animals may move northward.

Vegetables in the North: AAFC, Government of Yukon and farmers in northern Canada are researching food production together

From microscopic sea ice algae to polar bears and whales, the Arctic is home to a rich marine food web.

Environment and Climate Change Canada (ECCC) researchers have been studying contaminants in the Arctic through the Northern Contaminants Program run by Crown-Indigenous Relations and Northern Affairs Canada since the early 2000s.

Research Scientist, Dr. Liisa Jantunen, explains that it is important to study contaminants as many accumulate in the Arctic where levels of concentration can be higher and long-term impacts are unknown.

Virtual tour of the CHARS campus

Take a look around the inside of the Main Research Building of the Canadian High Arctic Research Station (CHARS) campus!

This culturally and historically significant marine area is unique due to the presence of multi-year pack ice. A better understanding of this region will be critical as climate change continues to result in the dramatic declines in sea ice.

Working to reduce and, wherever possible, eliminate contaminants in traditionally harvested foods, while providing information that assists informed decision making by individuals and communities in their food use.

Find out about POLAR's Northern Scientific Training Program (NSTP) and other programs and funding available for polar researchers.

Climate Change Preparedness in the North

This program funds First Nations and Inuit communities' efforts to build capacity to adapt to the health impacts of climate change.

In this video, discover the northern lights: what they are, how they form, their colours and how to view them.

During the 1980s, Canadian scientists conducted research on an island made of ice in the Arctic Ocean. We reached out to two scientists, Peta Mudie and David Mosher, to discuss their experience working on this ice island more than 30 years ago.