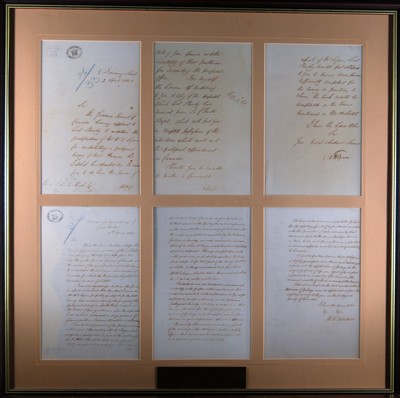 On September 10, 1841, the newly established Province of Canada voted to spend £1500 for a systematic geological survey of the province - an area encompassing most of the southern parts of Quebec and Ontario. The goal was to find out what mineral resources were available for economic development. The challenge was to find the right person to undertake the work.

Montreal-born William Edmond Logan, who had attended the University of Edinburgh and started his geological training in Wales, expressed interest in the position. Sir Charles Bagot, the Governor General of the Province of Canada, was responsible for the appointment, and he sought references to verify Logan's suitability for the job.

Henry De la Beche, Director of the British Ordnance Geological Survey and one of the leading geologists of the day, had worked with Logan in Wales. He sent Bagot a letter of recommendation that was full of praise for Logan's abilities. Logan was offered the job, and he accepted it by letter on April 14, 1842 - the date now used as the founding date of the Geological Survey of Canada.