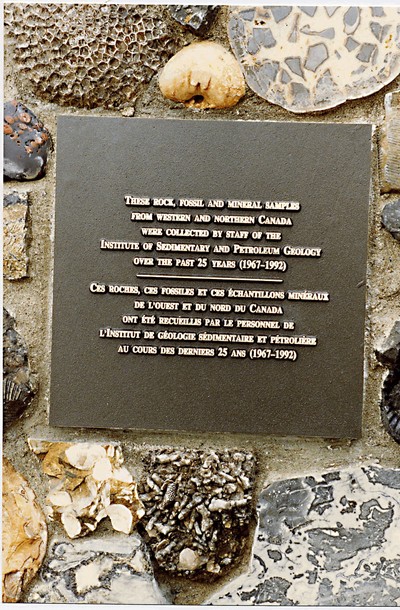 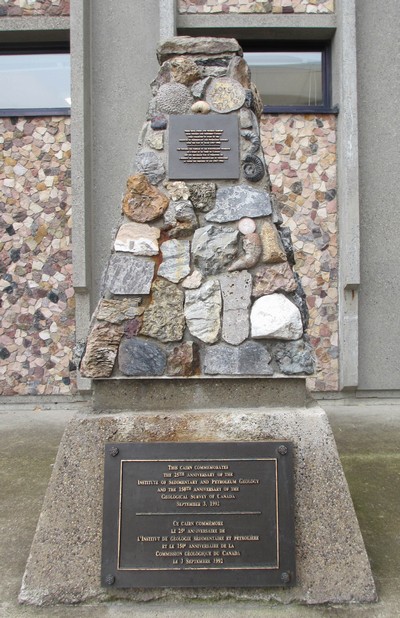 Stonemason Lawrence Spencer constructed the cairn. It is mounted on a specially designed pedestal that contains a time capsule to be opened in 2017 – the 50th anniversary of the Calgary office and the Survey’s 175th.

Staff contributed some of their favourite specimens for the front face of the cairn. Its three other sides contain samples representing the geology underlying southern Alberta and southeastern British Columbia, with some specimens from elsewhere within western and northern Canada. The rocks have been placed in approximate stratigraphic order, from Precambrian at the base to early Tertiary at the top.

The cairn’s plaque bears the inscription: “These rock, fossil and mineral samples from Western and Northern Canada were collected by staff of the Institute of Sedimentary and Petroleum Geology over the past 25 years (1967-1992)”