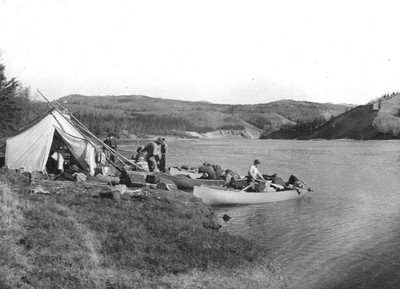 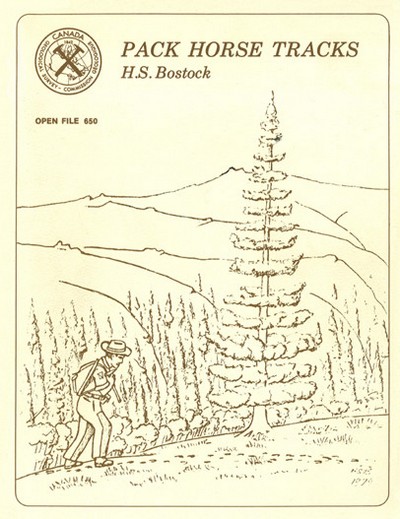 The Geological Survey of Canada published Pack Horse Tracks in 1979. Its author, Survey geologist Hugh Bostock, chronicles his work and adventures during 25 field seasons as a regional geologist in British Columbia and Yukon (1924-1954).

The book is based on Bostock’s field notes, supplemented by many anecdotes, and is illustrated with his field sketches and photographs. He brings to life the many people he worked with or met, and vividly describes the challenges he faced working in such remote landscapes. Just getting to the Yukon was an arduous undertaking and involved travel by train, steamer, and riverboat. Once there, he conducted his fieldwork by foot, boat, bush plane, and, as the title indicates, by packhorse – Bostock was truly a master of field travel techniques.

The result of Bostock’s fieldwork was a series of geological reports that are credited with helping define the Yukon’s mineral resources. Many of his geological findings stood for many decades before more recent work was carried out in his old map areas. Bostock remains a giant of Yukon geology. After his death in 1994, Mount Bostock, Yukon, was named in his honour.