Pop quiz! What foodborne parasite has infected approximately a third of the world’s population?

The answer is Toxoplasma gondii (pronounced tox-oh-plaz-mah gone-dee-eye). Fortunately, for most people, the parasite is harmless. In fact, most people infected with the parasite don’t even know it.

So, why is Health Canada studying a parasite that isn’t very dangerous to most people? Let’s have a look. 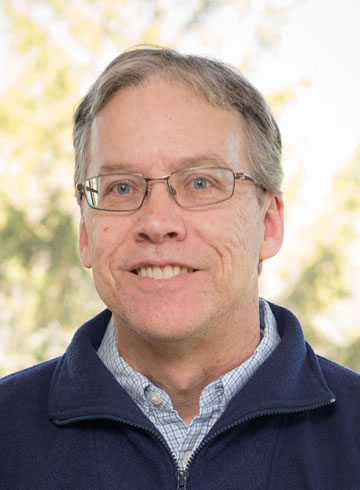 Toxoplasma is a zoonotic agent, meaning it can be transmitted from animals to humans through food or fecal contamination. It is an extremely common pathogen in animals and humans, and originates in cats and other wild felids such as cougars, bobcats and Canadian lynxes. For most people, it is harmless, or at worst, causes mild flu-like symptoms, including fever, headache, swollen lymph glands, fatigue and muscle aches and pains.

However, for those who are immunocompromised, or in congenitally infected infants— meaning a pregnant person transmitted it to their fetus—the effects can be devastating, including severe or even life-threatening neurological complications.

“Toxoplasma can spread through various ways, including directly from infected cats, or indirectly through contaminated food and water,” explains Dr. Brent Dixon, Section Head of Health Canada’s Parasitology Laboratory, who has been studying the prevalence of Toxoplasma in humans and animals in Canada’s North for the past ten years.

“When we test for it, it can be found throughout the body. However, the pathogen often makes its way to the brain. Some research has even shown a correlation between Toxoplasma infections and psychiatric disorders. The parasite is actually quite skilled at modifying the behaviors of the host, animal or human, to its own advantage. This is one of the reasons why the parasite can spread so easily and why we are researching it.”

An increased risk for people in the North

According to Dr. Dixon, “People in Canada’s Northern communities often eat traditional ‘country foods,’ including raw, dried or fermented meat and organs from wildlife. Country foods are healthy and nutritious and have great cultural significance. They are also important in maintaining food security in Northern communities. However, given the high prevalence of Toxoplasma infection in many of these animals, we have strong reason to believe this could be why these communities are more at risk of infection with this parasite. We work closely with Indigenous partners, such as the Nunavik Research Centre, to share research expertise and refine Toxoplasma detection methods.”

Working hand-in-hand with Indigenous communities is crucial, says Dr. Dixon. “Our research can tell us where the parasite is more likely to be found. Based on those findings, we make recommendations to reduce the risk of exposure, especially in susceptible individuals. Those recommendations have to be relevant and sensitive to Indigenous communities, and that means involving them from the start.”

An opportunity to do more

Since Dr. Dixon has been working at Health Canada for over three decades, you may be thinking retirement is around the corner, but not yet.

As he puts it, “Every day, I get to work on an important issue that matters to Canadians, and I get to do it in a stimulating and energizing environment,” he says. “I also train new staff and students, lead genomics research projects through the Genomics Research and Development Initiative, and develop new and exciting technologies like lab on a chip. It’s incredibly rewarding.”