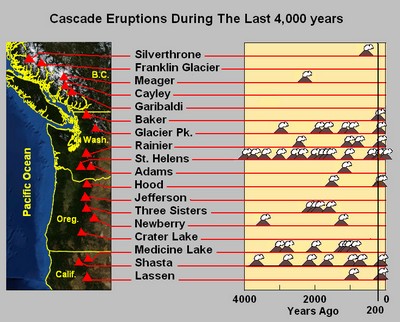 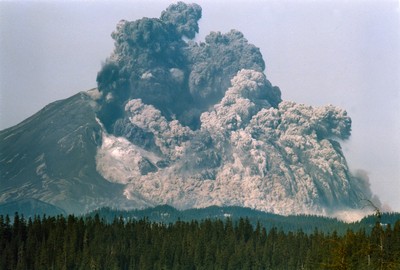 Volcanic ash consists of tiny particles of shattered rock that may be ejected high into the atmosphere within minutes of an explosive volcanic eruption. Ash is hard, dense, abrasive, insoluble in water, and, when wet, electrically conductive. It poses a serious threat to electronics and machinery, especially aircraft.

Although Canada’s volcanoes have not erupted in many hundreds of years, an eruption could produce enough ash to endanger domestic aviation. Ash from eruptions in the United States south of the 49th parallel or in Alaska also poses a hazard to Canadian airspace.

In 1989, a near-fatal incident occurred when a 747 aircraft flew into the ash plume from Mount Redoubt in Alaska. The ash damaged the plane’s four engines, making them all lose power. Miraculously, the aircraft was able to land safely, but the incident underscored the serious threat from volcanic ash and triggered the establishment of a formal volcanic ash notification network.

The Interagency Volcanic Event Notification Plan was created during the early 1990s with the mandate to ensure that the aviation community is promptly informed of potential ash hazards. Geological Survey of Canada volcanologist Catherine Hickson was a key participant in its establishment.