Group A Strep: unravelling the mysteries of a common germ

Have you ever been worried that you had strep throat? Maybe you had to miss school, or cancel a date, and go see the doctor. You might have wondered how you got sick and whether you could pass your illness on to others. The Public Health Agency of Canada (PHAC)’s National Microbiology Laboratory (NML) is working to answer these questions by tracking and analyzing Group A Strep infections to understand how the disease is changing and how best to support regional labs during outbreaks. 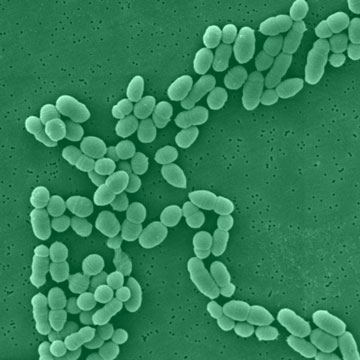 “Although Group A Strep can be easily treated with antibiotics, infections can become very dangerous if they become ‘invasive,’” says Irene Martin, the head of the Streptococcus and STI Unit at PHAC’s NML. “Group A Strep becomes invasive when it infects blood or internal body tissues, and it can cause illnesses such as meningitis or flesh-eating disease.”

It’s in the genes

Over the past few years, Ms. Martin’s team has seen a rise in invasive Group A Strep in Canada, including several outbreaks. This increase has prompted PHAC to develop comprehensive plans to prepare for future outbreaks.

“The reason why some Group A Strep infections become invasive is a real puzzle,” says Ms. Martin. “It’s not an easy answer, because it depends on the person and their unique immune system. The severity of disease symptoms can vary from person to person even though it is caused by exactly the same strain.”

To better understand the bacteria, NML scientists identify the specific characteristics of each strain. They measure how closely related each strain is to the next, so that they can see how widespread the diseases are in the population. One way to do this is by recording the entire genetic makeup of the pathogen using whole genome sequencing. 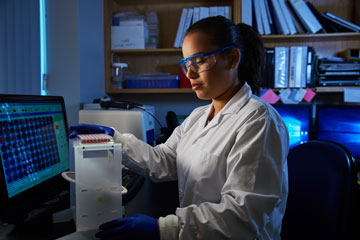 A scientist identifying antimicrobial resistance in Group A Strep bacteria

“We use these specialized techniques to help us determine Group A Strep outbreaks and strain relatedness,” says Walter Demczuk, NML Biologist working on the issue. “We monitor which types are circulating in the population so we can identify unusual spikes of specific strains and track the spread of emerging ones. Public health officials then use this information to keep Canadians protected from diseases.”

What to do if you have Strep A

Those who contract Group A Strep must take their prescription of antibiotics as directed by their healthcare provider to fully eliminate the bacteria. Group A Strep is robust, so you should stay at home for 24 hours after you have started treatment in order to avoid spreading the illness to others.